During the Alberta Flood of 2013, many organizations were left in turmoil as major centres including downtown Calgary, were left flooded and inaccessible for more than a week. The value of having offsite computer systems quickly became apparent as some organizations were able to keep working from remote locations or employees’ homes while others were forced to wait for their systems to regain power.

Many businesses suffered extreme physical damage during the flood while others were impacted by the loss of access to their systems as their offices were shutdown. Some businesses in High River, Alberta and other areas were in some cases literally washed away, while others like those in downtown Calgary could not access their systems because of the power transformers being affected by the flood waters. Many of our Dynamics NAV and Dynamics CRM customers were affected by the flood but two organizations on cloud or hosted solutions stand out as examples of the value of having your computer systems maintained in secure offsite locations. One organization in High River, one of the hardest hit locations, had redundant systems available and was up and running the day after the flood. They were then able to work at helping victims mitigate the effects of the flood. A large organization with offices in downtown Calgary simply had to ask their staff to work remotely from home until power was restored to office while other companies situated downtown found themselves with unproductive staff for over a week until the transformers could be remediated.

When it comes to looking at the difference between cloud-based systems and hosted environments, it is not uncommon for people to get confused. While both typically do offer offsite and redundant storage, hosted systems allow in-house licensed systems to be maintained by a hosting provider, who looks after disaster recovery and backups. Cloud-based systems offer the same hardware and systems protection, but are usually licensed on a per user per month charge. Both provide the redundancy to survive an event such as flooding and are viable options. Choosing to invest in a cloud-based or hosted system can be likened to purchasing insurance for your information, the most valuable and irreplaceable asset for your organization. 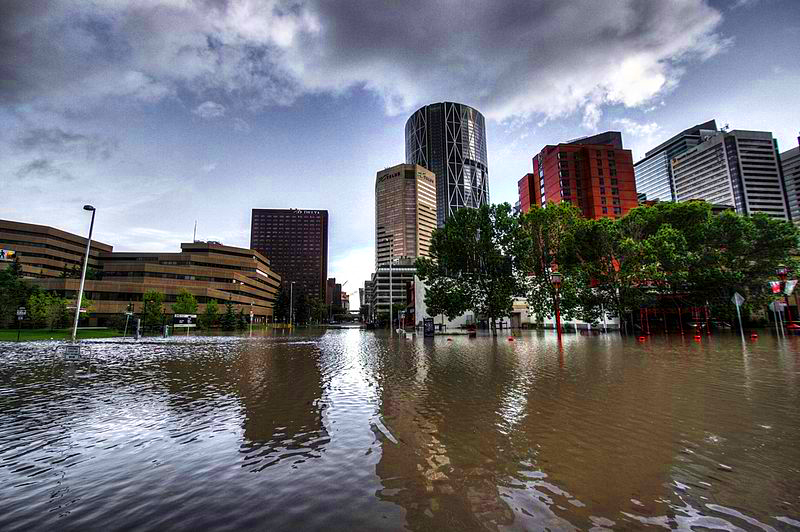 Our hearts go out to the communities and businesses that were so deeply affected by the floodwaters in Alberta. We know many of our associates and contacts homes were damaged and we are making contributions to the flood relief efforts on behalf of those families.

As thousands of Albertans mourn this event, we are proud to have been a witness to the community spirit of countless volunteers who came alongside strangers to lend a helping hand. Although many communities continue to struggle, we are touched by these acts of generosity as a response to this crisis that has now characterized the Albertan and Canadian spirit.

We use cookies on our website to give you the most relevant experience by remembering your preferences and repeat visits. By clicking “Accept”, you consent to the use of ALL the cookies. However you may visit Cookie Settings to provide a controlled consent.
Cookie settingsACCEPT
Manage consent

Necessary Always Enabled
Necessary cookies are absolutely essential for the website to function properly. These cookies ensure basic functionalities and security features of the website, anonymously.
Functional
Functional cookies help to perform certain functionalities like sharing the content of the website on social media platforms, collecting feedbacks, and other third-party features.
Performance
Performance cookies are used to understand and analyze the key performance indexes of the website which helps in delivering a better user experience for the visitors.
Analytics
Analytical cookies are used to understand how visitors interact with the website. These cookies help provide information on metrics like the number of visitors, bounce rate, traffic source, etc.
Advertisement
Advertisement cookies are used to provide visitors with relevant ads and marketing campaigns. These cookies track visitors across websites and collect information to provide customized ads.
Others
Other uncategorized cookies are those that are being analyzed and have not been classified into a category yet.
Save & Accept
Powered by